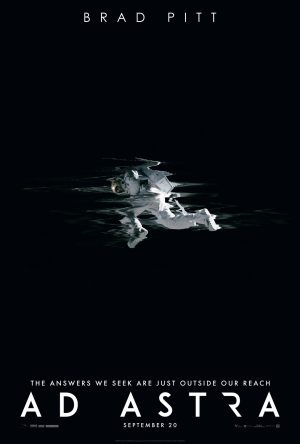 Ad Astra is a movie that was misrepresented by both its premise and its advertising department. Most moviegoers seemed to go into this film thinking that it would be a space opera, or sort of an epic, like a Star Wars or a Dune (God forbid) type flick. This time around, starring Brad Pitt, because why not? Most people love that guy. It’s no surprise most viewers came out disliking it when they found out that it’s a slow burn of a character-driven study on familial legacy and expectations.

The message Ad Astra puts forth is an important one: don’t let your predecessors define you. The relationship between father and son, Clifford McBride (Tommy Lee Jones) and Roy McBride (Brad Pitt) respectively, is bashed into your head almost from the get-go what with the immediate reflection Roy has on who his father was, and how he followed in his footsteps. That’s all well and good, and movies should not always choose showing over telling. Introspection and narration can still be interesting devices in film nowadays, which this film recognizes, because Pitt’s performance is probably the most eye-catching thing in the entire movie. His emotional output is subtle, befitting of a character who has deliberately repressed himself, and when he lets himself show more outward feeling, he shines. This credit could potentially be remembered as one of his best, up with the performances he puts on in Interview with the Vampire, Fight Club and Inglorious Basterds, so that is some tough competition. Besides, if the audience had to be shown every little bit and piece of how Roy’s mind works from a visual standpoint, they would have many fewer fantastically composed camera shots to gaze upon. The atmosphere and tone the movie sets for itself with its cinematography is impeccable, courtesy of Hoyte van Hoytema, who also worked on Interstellar, Her, and Dunkirk.

Despite that, it’s easy to say that this movie has problems. For all of the emphasis the film puts on the strain that legacy and expectations can have on personal relationships, it never particularly explores this as far as it could. The most glaring example of how unfortunately portrayed this aspect of the character development is shown in the very first five minutes or so of the film, when Roy’s wife, Eve (Liv Tyler) walks into the living room, staring at her partner. This shot is excellent, and establishes how estranged the couple has become by keeping Eve entirely out of focus despite her being the focus of Roy’s attention at the moment, and therefore the focus of the shot. Roy knows she is there… but he doesn’t care. All he knows is how to suppress his emotions so as to succeed his father in the best way. After that, the most development we get on this relationship is a few video emails in the middle and a scene at the very end. To be frank, that is lame. It feels more like the woman in Roy’s life is a signifier of character development before anything else, which is a tired, played-out trope that many are sick of. If something in a movie has largely no purpose for being there, do not put it in – It’s quite simple!

Another key criticism with this film is that it feels like a successful chimera, like two films with an identical premise were spliced into something new. The first half of the film is slightly story-driven and purports a sort of epic action-packed adventure ahead of Roy that is somewhat built upon by having a space-pirate chase on the moon and an out-of-left-field fight on a space station with a baboon. By the time the film is halfway through, a major tonal shift takes place and the original premise takes focus once again as Roy is the only character seen in the movie for about 20-25 minutes. Whereas the second half seemed to have more focus and a clearer goal in mind as they made it, one certainly couldn’t fault anyone for preferring the former half for its more excitable moments.

As bizarre as this narrative-welding may sound, to label it as clumsy or anything of the sort would be a mistake. The movie benefits from it in a twisted, lucky way that is almost impossible to describe sufficiently.

On the whole, Ad Astra has a good bit to talk about in terms of its message and its visuals. The thematic legacy that Roy follows is well encapsulated by a small monologue that bookends the film – with Roy delivering in to open the film, and repeating it at the end almost verbatim with brand new meaning, context, and character development. Though the cinematography was already touched upon, there should be specifications that much of the film’s greater moments visually are of space itself. Generally, most scenes on Earth around the very beginning look like your run-of-the-mill action flick with very little notable color palette or composition to speak of. Thankfully, it hardly takes a long time to get to the meat of the story, so the visuals of the film are never squandered too hard. The last 15 minutes or so of the film is made up of some damn fine shots.

Ad Astra is probably not going to a movie that will change everyone’s lives except the die-hard Brad Pitt fans who have longed for a character-driven drama where he can show off just how good an actor he is. But in the case of everyone else, it’s definitely a movie worth checking out at least once in their lifetime. As with every other film ever made, there has to be someone who thinks it is perfect.