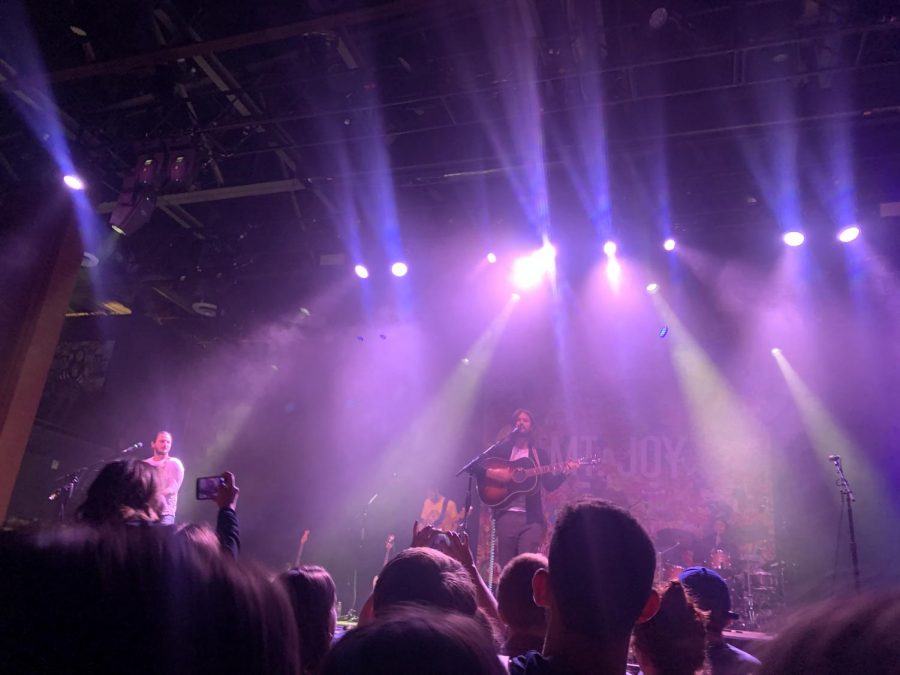 Mt. Joy, 17552, Pennsylvania. Mt. Joy, not only a postage address but also a growing folk rock band. The band, has five members, Matt Quinn, Sam Cooper, Sotiris Eliopoulos, Jackie Miclau, & Micheal Brynes. Their first album compiled singles and a three piece EP they released up through 2017. This year serves as the beginning of their solo touring career. They took to the Fillmore Philadelphia for their October 4th concert fearlessly.

The Fillmore Philadelphia, a venue for concerts and other performances resides in Fishtown Philadelphia. The venue consists of an open ballroom, where general admission can stand, and a higher level with seating, for higher spending ticket holders. The band chose to have an opener by another Philadelphia local band known as, Mo Lowda and the Humble. This band can classify as a rock band and their opening show contained music that led cohesively into theirs. 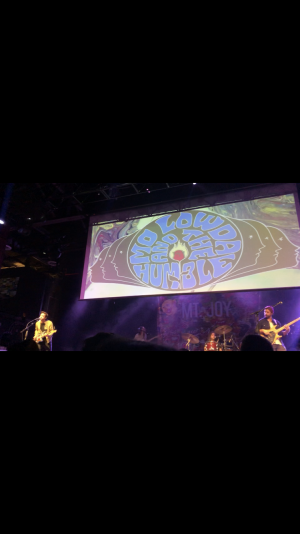 Senior student Kaylee Witts attended the concert with her friend group. When asked what her favorite part of the concert experience she stated, “When the band sang “Silver Lining”,” and she continued with, “I held my best friend’s hand and we sang at the top of our lungs”. To further Witt’s opinion on the concert she explained how least favorite part, the transition into the encore. She claimed, “Only one member of the band came back on stage quickly,” furthermore she said, “When the rest of the band did come on it was a messy transition and they sang “Cardinal”, as a tribute to a Philadelphia childhood”.

Playing at the Fillmore held significant for the band as Matt Quinn, frontman for the band, grew up in Mount Joy Pennsylvania, approximately 20 miles from Philadelphia. Towards the end of the concert the band performed their Philadelphia tribute song. Beforehand, the band expressed how the song represents cheering on the Eagles and cold snowy winters. Last year the band performed as the opener for a band known as Rainbow Kitten Surprise, another alternative rock group.

Their solo performance at the Fillmore included many of the same songs. Senior student, Lilly Mitchell attended the concert and stated, “I feel that Mt. Joy did great in both openings (for Rainbow Kitten Surprise) and having their own show, “ continuing with, “There wasn’t a difference at all in how they performed. They put all of their spirits in all of their performances.” Serving as an honest opinion about the band’s growth and the variance in their performances.

Since, the concert date the band has released a new single called “Rearrange Us”, an eclectic piece. One might assume this title represents the band’s growth since their beginning. The song stood as a surprise to the audience at the Philadelphia show as well, as the band performed a sneak peek of their upcoming album and their single before they officially released it.

In addition, to their new single,the band also brought a new singer on stage with them as a surprise. She helped the band build their new album, and brought a new face to the stage. Thus, shocking the audience once again.

The band has a setlist including about 13 songs, including most of their classics from their original album. When the band left the stage, the audience resented the night ending. Therefore, the band came back on stage with a final encore of three songs. Furthering their commitment to making the audience feel like their priority. Before the band officially left the stage, they all turned their backs to the audience to snag a photograph with the entire audience. They had photographer Matt Everitt, on stage with them during the duration of their performance to capture all of the special moments. 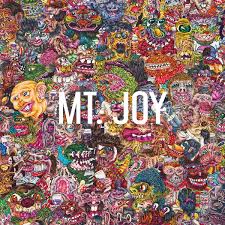 Whether the band will continue their Fillmore theater legacy or not will remain unsaid. However, their impact on their Fillmore audiences remains immeasurable. Creating an atmosphere full of soul, song, and smiles, for themselves and the audience.