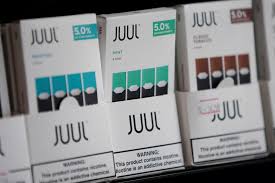 Three Quakertown Community School District students were found passed out in the bathrooms due to non-vape related incidents. Neglecting this, the school district made the decision to sue vaping companies. Will this publicity be positive for Quakertown? Will anything actually come out of suing vaping companies? 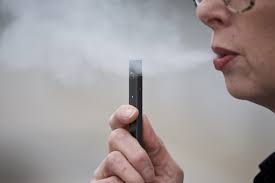 An incident in the school that really pushed the school district to sue vaping companies was when a student in Quakertown High School reportedly passed out when using a fake THC cartridge: an incident that had nothing to do with a vape or JUUL. So why is the district suing vaping companies?

“We have had three students–one middle school student and two high school students–who were overcome by vaping and immediately passed out and had to be taken to the hospital,” stated Dr. Harner. When Dr. Harner was interviewed by Fox 29 news he went more in depth and informed the audience that the vaping device had THC in it.

Adults are often correlating vaping devices and fake THC cartridges. This is an issue. JUUL is not putting THC in their pods. JUUL pods come in a sealed package and their product is lab tested before going out to consumers. Yes, JUULing still increases risks of cancer and popcorn lung, but products bought directly from JUUL are not laced with harmful substances. Once a student or a user buys from an outside source, things may become deadly.

JUUL, the most well known and used vaping company, has not responded to Quakertown School Districts lawsuit yet. JUUL is not directly selling to people under the legal age of 18 so they are not in the wrong. The school believes they are marketing to underage kids but JUUL rather targets people trying to get off smoking cigarettes, or people wanting a different sensation when smoking. JUUL’s users that are teenagers buy their products off of people who are of age to buy vaping products. Again, JUUL is NOT directly selling to minors. Also, the slim size of the JUUL is conievent for smokers to carry and the different flavors of pods give a variety of options for smokers to buy. 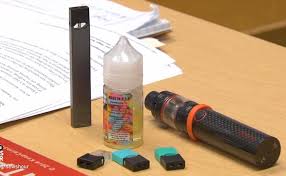 Do we believe that JUUL is targeting minors because the product is seen being used by underage kids more than adults? We see more minors vape that people of age because minors are more involved in social media and post them using these vaping devices. Would the conversation of minors using JUULs and other vaping brands still be prevalent if we did not see these teens using these products on their social media accounts? Probably not.

More importantly, minors get alcohol from people of age, just like a vaping device. Vaping may be more prevalent in schools but alcohol consumption does more damage to the community. Alcohol comes in many different flavors that are appealing to the youth. There are dessert flavored alcohol and their advertisements market towards the youth but vaping companies are the ones being slandered.

“I do not know if the lawsuit will have an impact,” Director of Communications for Quakertown School District, Gary Weckselblatt, commented on the school district suing vaping companies, “Some people are scared to go into the bathrooms and we cannot just sit back and watch it happen.”

Vaping has been an epidemic across America and the district believes this lawsuit will help the stop of underage vaping use. My peers and I walked around the school and asked 14 students and lunch ladies whether th

“Is it the school districts responsibility to be involved?” stated Mrs. Regan, Quakertown High School’s school nurse when I asked her what people opposing opinions may be on the lawsuit against JUUL.

After a year of opposing changing the age from 18 to 21 to be able to buy tobacco products, JUUL and its co-owners agree to this change. By doing this, you can infer that JUUL is against minors using their products and are trying to change this from happening and worsening in the future.

All in all, people who vape understand the dangers that come with it, so it is a student’s moral choice to participate in vaping. The school district may want to continue with the lawsuit to help students health but students will not stop vaping because of this lawsuit.