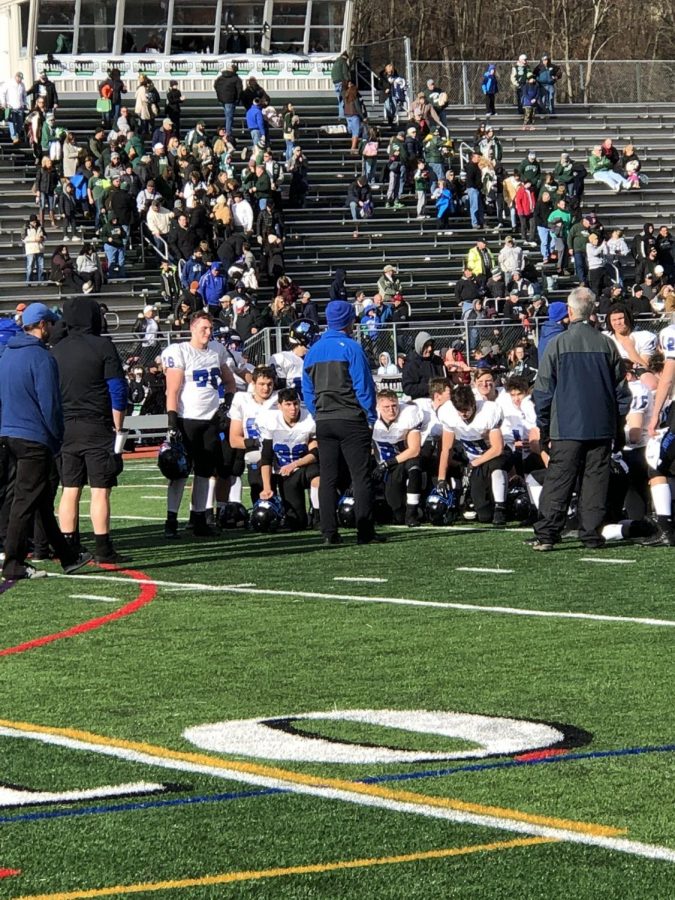 This year, 2019, marks the 90th annual Thanksgiving Day football game, for Quakertown vs Pennridge. The game took place at 10:15 in the morning, on the windy morning of Thanksgiving. The student section was filled with school spirited students, all dressed in all blue. The bleachers were filled with people, eager to watch the game against the two rival teams.

Quakertown started off with the lead. At halftime, the score was 10-0, with Quakertown winning. However, in the second half, the team struggled. The ending score was 13 to 19, a loss for Quakertown. Despite the loss, the team claimed to have tried their hardest in most of the game. “Overall I think we started out really strong and controlled the momentum of the game in the first half,” says Tyler Woodman, a sophomore and varsity football player at Quakertown High School. “We would start off games great, but could not finish tough in the 3rd and 4th quarter, which is what happened at the Thanksgiving game.” 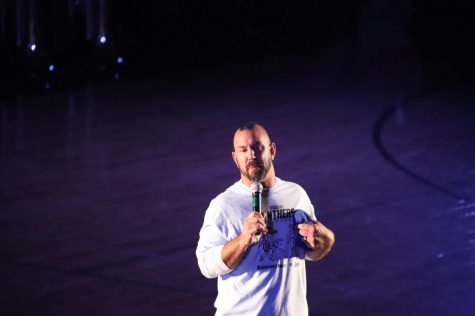 George Banas, the Varsity football coach for Quakertown High School, said the game was something truly memorable, and how the team was grateful for what they have.  “At the Thanksgiving game, one of my fondest memories was having three members of the National Guard walk us out onto the field, getting us hyped up and excited,” says Banas. “And one of them turned around and said ‘I have the greatest job in the world,’ and for us to be a part of that, and make that special for someone who gives up their time for our country and our freedom, is exceptionally special.”

Before the football game, Quakertown High School had its annual pep rally. Its theme was Marvel, and there were four games dedicated to each grade. Students were able to sign up for these games and participate in them during the pep rally. A video directed by Ethan Korpics, a senior varsity football player, highlighted during the pep rally in hopes of getting the students excited for the game. 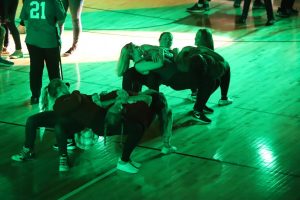 A participant of the human Jenga game had something to say about the pep rally as well. “I was sort of nervous for the game,” says Jadyn Fuentes, a sophomore at Quakertown High School. “It was fun, and the game was so unique and interesting to watch.” The marching band also performed at the pep rally, performing different songs along with a dance. One member of the marching band certainly felt that their performance was definitely something to remember.

“It was a great experience,” says Brooke Ziemba, a sophomore and the assistant drum major for the Quakertown marching band. “I feel like the whole school was really into it and everyone cheering us on made us feel really appreciated.”

Overall, the Thanksgiving Day game and pep rally this year seemed to satisfy the students, and was a great way to end the senior’s last year of high school.