This is a twisted web, and we are not finished untangling it… 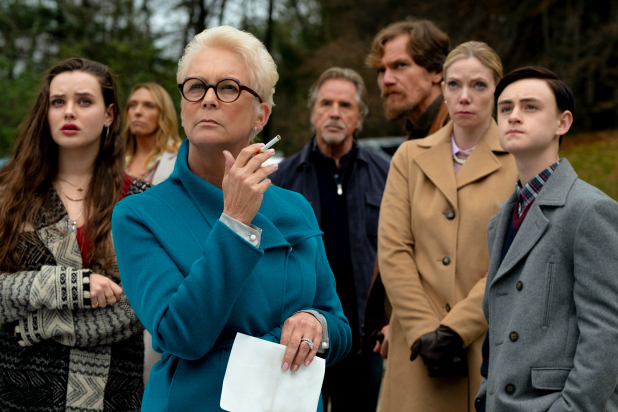 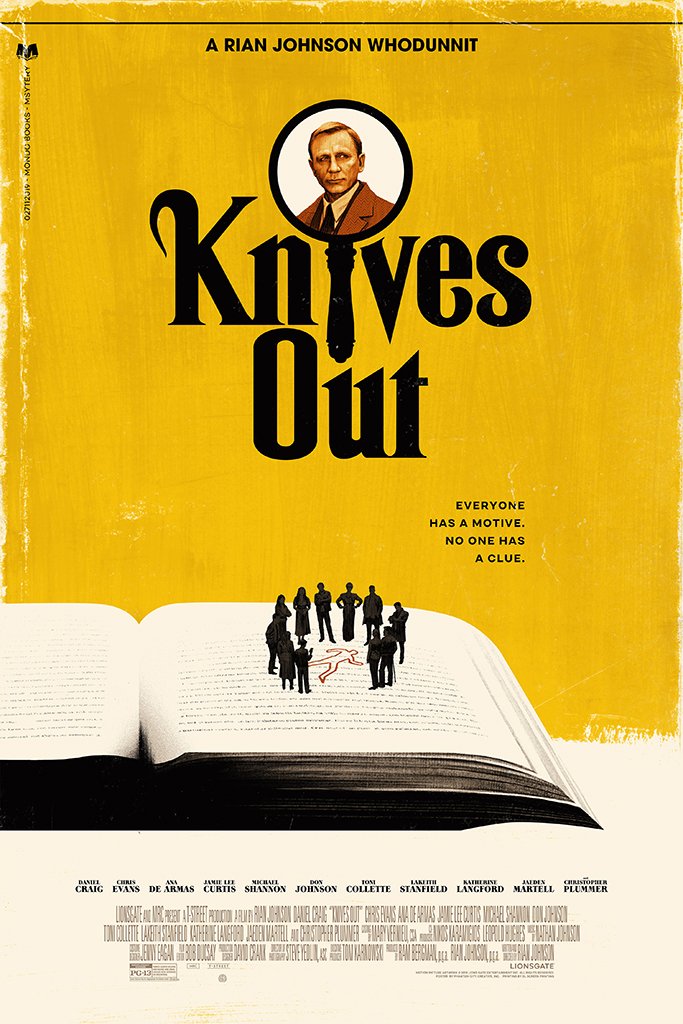 ‘Rian Johnson’ is a name that more than a few moviegoers have a vendetta against as a result of his direction of the deeply polarizing Star Wars: The Last Jedi; coming hot off of the stark contrast between critical and fan reactions, some of which are overlapping, Johnson’s whodunit murder mystery Knives Out is sure to win him some fans with its impeccable storytelling and impressive script.

In other words: would people please stop ragging on Rian Johnson because they think he has no ability to direct? This movie is more than enough proof that he knows exactly what he’s doing.

Knives Out follows the mystery of the death of acclaimed author Harlan Thrombey, a Stephen King-like phenomenon of a mystery writer whose wealth has turned his family into functional layabouts who dress up as successful business people, some more than others. That sounds like a rather vanilla premise for a whodunit, but there are a plethora of subversions leaving the viewers awestruck.

Stylized and meticulous with the attention to detail and playfulness of Edgar Wright and the murder-based intricacies of one hundred Agatha Christies, Knives Out is nothing short of eye-catching, mind-boggling, and at times gut-busting. Rife with delightful character moments, deftly built-upon relationships and red herrings, a charismatic performance from everyone in the cast (though special mentions to Daniel Craig as the Poirot-like Benoit Blanc and Jamie Lee Curtis as the eldest sister of the Thrombey siblings) this movie is set to be topping plenty of lists for the year.

Much of the social commentary is very open and clear for good reason, if it isn’t immediately hitting you in the head by having the lead, Marta, played by the lovely Ana de Armas, be an “anchor baby” working for the patriarch of a family that mostly doesn’t hold her in high regard, though some viewers have understandably criticized that Marta’s character relies a tad too heavily on being a ‘perfect’ immigrant, though she does still have some nuance. At times it can get a little too overt for most people’s taste, namely when they outright namedrop the terms ‘alt-right,’ and more egregiously ‘SJW,’ words which date the film more than Blade Runner thinking the world would have androids indistinguishable from humans in what is now the very recent past. Some of the comedic and ‘topical’ dialogue flips the high-potential context of the movie’s characters into something that feels much more milquetoast and passive, rather than something poignant which reminds the viewer of the context it was created in via implication, rather than directly telling the viewer in a patronizing manner. While Johnson has stated that some of these writing tidbits are inspired due to some of the worst of fan reactions to The Last Jedi, surely it could have been brought into the screen in a better form; it reads more like Johnson wrote a second-grade level mockery rather than an actual satire of fan culture and the odd bigotry of some of his more vehement haters. 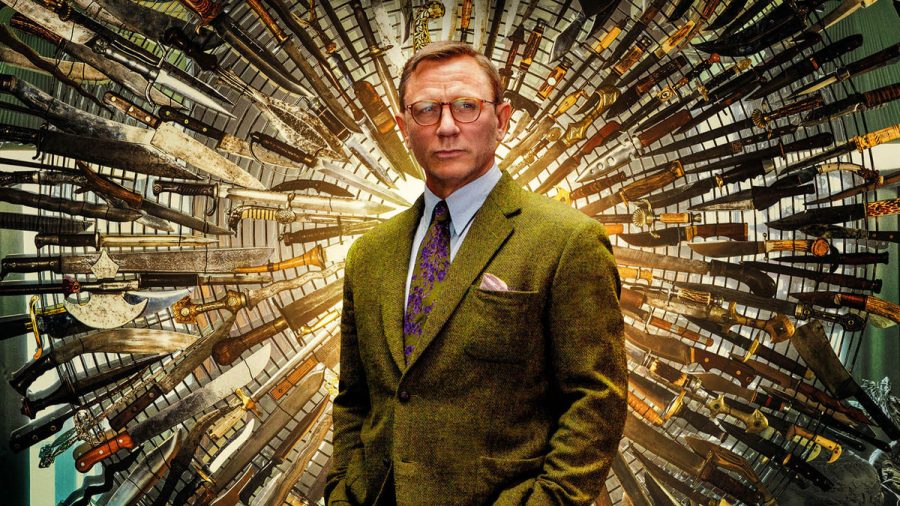 Nonetheless, the way the film frames privilege and whiteness versus ideology is social commentary that needs to happen now more than ever, and gets a more deft presentation in the rest of the film. Some of the tackier aspects of the screenplay seem to simply be a product of Rian Johnson’s quirky, earnest attitude in screenwriting, which thankfully lends itself kindly to the rest of the film’s final product. Even so, the rising racial tensions in the US coupled with the belief by many racist white Americans that Latin Americans are ‘invading’ to take the prosperity away from the privileged are portrayed in an ugly, biting satire which makes a point to show off the hypocrisy of a portion of people who hide their bigotry with hollow claims of anti-racism, a kind of person typically not explored outside of popular films like Jordan Peele’s Get Out and Us; generally, tackling subtle racism like that is far less common than the blaring bigotry that gets (rightfully) criticized in films that employ such themes… and damn if it doesn’t work well here.

To put it frankly, Knives Out is in the same league as Bong Joon-ho’s Parasite in terms of both quality and message, with a plethora of twists, memorable characters and camera action, and above all, a great deal of intention and care put into the final product. This is one to be enjoyed by the entire family. A definite must-see for a year that has been rife with good cinema.