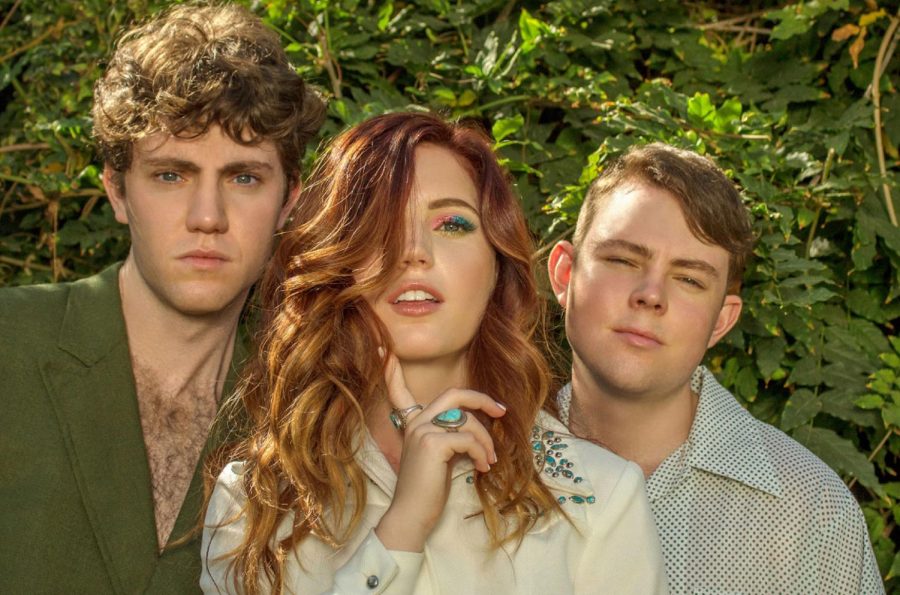 The three Sierota's, members of Echosmith

Remember when in school, being the popular kid was the dream to live? Being the most beloved kid in school was important? Well, you don’t need to be one of the “cool kids” to be remembered or beloved by your peers. Just ask the group who sung about wanting to be like the cool kids.

Echosmith has returned with their sophomore album, Lonely Generation, after the release of their debut album back in 2013. After the departure of their eldest sibling Jamie, the other three Sierota siblings carried on, bringing us this artistic album. The Lonely Generation covers many topics prevalent in the lives of teenagers and young adults everywhere. Their new album definitely takes a change in sound, turning to a synth-pop sound for this album in contrast to their first indie rock album. The album opens up with the title track, “The Lonely Generation.” The song takes a fresh perspective on the influence and usage of social media in today’s society and its effects on newer generations. The chorus of the song hits close to home with lyrics referring to the group as “[a] pixelated version” of themselves and stating, “I’ve disconnected, now I’m by myself.” Using these lyrics makes the audience, especially younger listeners, reflect on how much their lives have been impacted by technology.

“Diamonds” hides painful messages underneath it’s upbeat and catchy tune. The following track, “Cracked,” follows suit by delving into more gritty, realistic lyrics. The two tracks really go hand in hand, showing a perspective from trying to be happy and optimistic to being brutally honest about the world’s dejected state. Audiences must be prepared to read into the lyrics from “Diamonds” with different interpretations and perspectives, some positive. Lyrics on different tracks in the album tend to go hand in hand with each other on their themes, most likely intentionally.

Pulling back from the depressing undertones and slower beat of “Cracked,” “Shut Up and Kiss Me” brings back that “light at the end of the tunnel” feeling Echosmith wants audiences to experience. It plays around with the struggles of having a crush that does not reciprocate the feelings. However, it doesn’t take itself too seriously with the lyrics and happy, fluffy atmosphere. The other songs to follow, “Last Forever” and “Follow You,” are love songs that analyze the great parts about relationships. “Follow You” was written as an acoustic ballad for the first wedding dance of lead singer Sydney Sierota and her husband.

“Stuck” brings us back to reality from the lovey-dovey cloud Echosmith previously had us in. The song discusses the difficulty of getting through those days of hopelessness. The lyrics may describe the heartbreaking feeling of being stuck in a rut, but it also encourages those struggling to keep pushing forward and to keep fighting. “Everyone Cries” goes hand in hand with “Stuck,” expressing that while fighting, crying and getting it all out is nothing to be ashamed of. The duet between Sydney and Noah makes the song all the more heartfelt and personable.

The album continues its crusade of emotions by bringing the audience “Scared To Be Alone.” The song dives deeper into the conversation of mental health, expressing how dangerous your thoughts can truly be if left alone to their own devices. It talks about how when going through that dark period in life, a light needs to be carried along with that darkness, something or someone to help pull you out of that dark mindset. The message that Echosmith wants to get across with this song is to not be afraid to ask for help. There’s a stigma against wanting to get help, but everyone should see no shame in taking that initiative and advocating for themselves.

“Lost Somebody” and “Love You Better” reassure the original Echosmith fans that their original sound is still in their repertoire. They really come out in these two songs, bringing back out that 80’s-inspired groove that Echosmith leaned so heavily on in Talking Dreams. The real show stopper was the closer to the album, “I Don’t Wanna Lose My Love.” It brings the listeners to the resolution of this emotional rollercoaster, allowing them to feel contentment and happiness.

Overall, Lonely Generation is a beautifully crafted album made to tackle social issues that occur in this day and age with the younger generation. It brings out the best and worst in a person, bringing the memories of pain and sorrow, but stitching those wounds with the beautiful messages that come after the pain. Whether you like Echosmith or not, this album is one to listen to for the enjoyment as well as the social commentary that pour into the music.