The Unfolding Tragedy of the Australia Wildfires 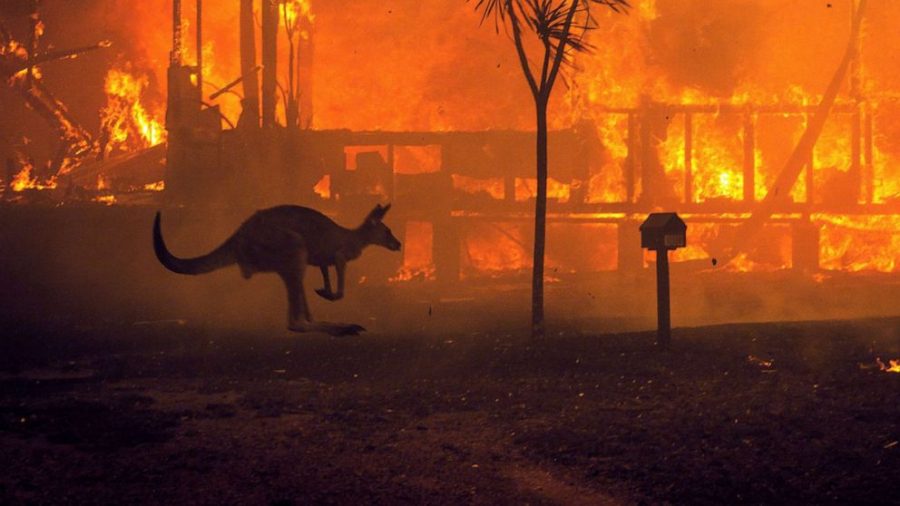 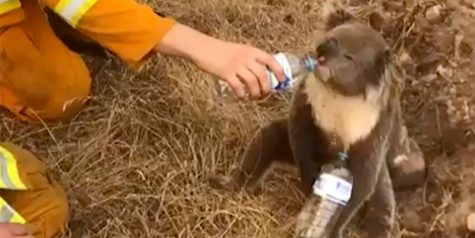 Within the last few months, something horrific and almost unimaginable started happening. Over 12 million acres of land have burned down in Australia from wildfires. That’s over twice the size of Maryland. This has not only destroyed miles of land, but it has also hurt and killed many of the animals living there.

More than a billion animals, such as koalas, kangaroos, and wallabies, have died. Nearly a third of all koalas in Australia have died and about a third of their habitat has been destroyed. Koalas, along with other species living in Australia, are at risk to go extinct. Additionally, as of about a week ago, 28 people have been killed and 2,000 homes have been destroyed. These Australia wildfires are truly devastating for everyone involved.

Hans Muse, a junior at our school, is very passionate about the issues created by the wildfires. While speaking to him, he explained how the wildfires are “mostly caused by droughts and extremely warm weather compared to what its used to be.” He has shared much about this with our school’s environment club and discussed ways that they can help. “We actually set up a fund to give to different organizations in Australia to help with wildfires,” he explained. Hans believes that wildfires are a good representation of our unfortunate future if we don’t find a way for it to stop. “I think the wildfires definitely show a representation of what we have to get used to now. Now that you start looking at climate change, and you see when people talk about extreme weather, this is exactly what they mean,” he said confidently. Hans will continue to do what he can to help both inside and outside of school.

Ms. Schantz, a biology teacher here at Quakertown, has discussed the topic with some of her classes as well.  “We are not exactly on topic that would relate to the fires. When I can relate world news to a topic, I try to do that,” she told me. Ms. Schantz explained how many of her students didn’t exactly understand the intensity of the wildfires and she wanted to give them a further explanation. “Students had questions about why they couldn’t just dump water in the fire and have them be out, and it’s not that simple,” she told me. She explained to her students that high temperatures and strong winds caused a drought in Australia, thus making it very hard to contain such a large fire. “I think it’s a tragic situation all around. The loss of life is going to impact Australia for decades to come,” she said sadly.

While Ms. Schantz acknowledges that this is an incredibly unpleasant situation and while she knows that this is going to be something that is very hard to stop, she also appreciates the good that people are doing. “I do like seeing the stories on the news about humans going out of their way to help those animals. You hear about the women who saw a koala bear in a tree and it was burning and she tore off her own shirt and was trying to pat off the flames. And you hear about the bikers who were biking down the street and there were animals coming out and begging for water and they just give them that water. And, the guy who had a car full of Koalas and finding them and putting them in there to keep them safe. So there are people doing their best to try to help these animals.” Ms. Schantz is very passionate about doing her part in helping where she can and she is grateful to those who have done the same.

The Australian wildfires are an incredibly important issue that shouldn’t go unnoticed. If you are interested in helping out, one way of doing so is donating to an organization, or a few of them, that are helping the cause. One good example is WIRES, a big supporting organization to Australia’s wildlife. In donating to them, you can help protect animals from the fire or support those affected. This issue is something that if not stopped, will cause more serious damage and take more lives of both people and animals.