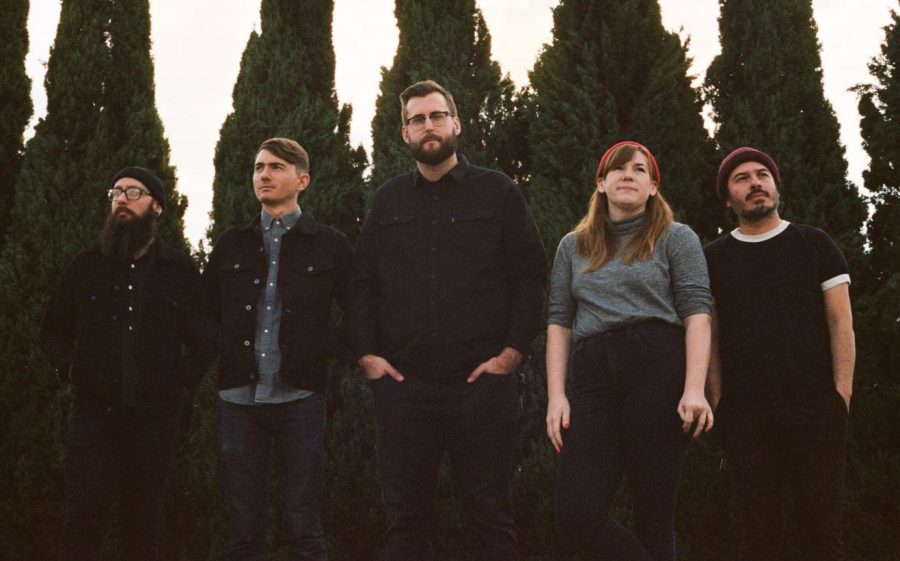 Yes, it does get harder. Thanks for asking, Dylan Slocum.

Los Angeles pop punkers Spanish Love Songs released their third studio album, Brave Faces Everyone via Pure Noise Records on the 7th of February. The band gained critical– as well as my personal– attention with their 2018 Schmaltz, a record full of bleak personal observations that just seemed to connect (“I want to find a haircut that fits me that hasn’t been co-opted by Nazis,” anyone?). They set a high bar for themselves with the best pop punk record of the year, and I eagerly awaited the release of their next. Before the release, I was wary of whether they would face up to the massive task of raising the bar set by their last release.

That’s exactly what they did.

Pop punk has undergone a remarkable transition from the days of Ramones’ chants of “hey ho”s and “lets go”s; from the days of Billie Joe Armstrong wondering if you have the time to listen to him whine (any day for Dookie, Green Day); from the days of Blink-182 writing anthems like “What’s My Age Again?” that were as infectious as they were angsty; from the days of The Get Up Kids and Jimmy Eat World fusing the genre with stylistic emo touches resulting in consistent radio play through Taking Back Sundays, The Useds, My Chemical Romances– you get the idea. Throughout all of its transformations, however, it has been a genre that has been difficult to take sincerely by a larger audience regardless of how prevalent “Sugar, We’re Going Down” has been in popular music, often being dismissed as whiny teenage angst. But it’s impossible to listen to Brave Faces Everyone with anything other than a serious face as Dylan gets descriptive about drug abuse, existential dread, alienation, families never recovering from the recession of ‘08– it’s depressing.

What Brave Faces Everyone has that Schmaltz didn’t is simply the stakes. Sure, it isn’t fun feeling second-guessed all the time and having a nose that you believe only surgery will fix. But are these examples in any way comparable to the desolate imagery of having to tell yourself that it’s cheaper just to die since you can’t afford the healthcare, or being forced out of your housing due to a lack of funds? Brave Faces Everyone comes at an important time by speaking about the grimness of so many people attempting to survive in this world, while outlining Spanish Love Songs’ political priorities without ever explicitly stating them in a year the American presidential elections are to be held. However, did they have the songwriting to back it?

The short answer would be yes. The longer one is that infectiously depressive chrouses have been their forte since they’ve been releasing music. It’s hard not to cry while tapping your feet along to chants of “Don’t you know you were born to die poor, man?” on “Losers, Pt. 2” and “The world’s gonna kick you either way” on “Kick”, both of which, along with “Losers”, were released as the singles leading up to the album’s release. They don’t bring anything particularly new to conventional, newer pop punk’s song-structures, employing the soft-loud-soft dynamic on multiple songs that works so well for contemporary acts like The Wonder Years, and well; if it ain’t broke, why fix it? Ruben Duarte puts in the work on drums; Dylan Slocum, lays down desperate, tremorous vocals; Kyle McAulay complement the lyrics with similarly crushing guitar riffs and Gabe Mayeshiro’s basslines get shine throughout the album, like on “Kick”, with just a twang of synths accentuating the music instead of overwhelming it. The album is cohesive enough to be appreciated as a group of songs, as an album should be, making it easier not to play favorites.

This would be the part of the review I’d mention any drawbacks the album has: yep.

If I HAD to pick something, the music isn’t terribly unfamiliar to the newer branch of bands entering the scene. Particularly phenomenal examples that come to mind are The Menzingers’ On the Impossible Past, The Hotelier’s Home, Like NoPlace is There and basically anything out of the Wonder Years’ catalogue. What Spanish Love Songs has ahead of their contemporaries, however, is in the album name itself. Yes, it gets harder living. Yes, it may be cheaper just to die. Yes, the world sucks and we get tired of it all the time. But that doesn’t matter, because everyone has to keep their brave faces on. This all coming from a band willing to make a forty minute album emphasising issues so many impoverished endure, yet telling you to be brave through it. With Brave Faces Everyone, Spanish Love Songs don’t want you to slump and let the world kick you, even though they acknowledge it will. And confoundingly, there’s merit to that.