Brexit: What Happened, and What’s Coming? 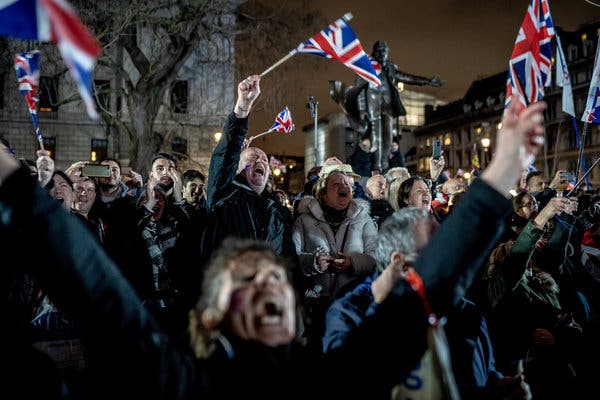 January 31st, 2020. 6 pm. On any average Friday night, most Europeans would sit inside at their homes, eating dinner, or perhaps still at work. But on this night, history takes a hard turn: Britain has officially left the European Union.

Known as Brexit, the process of the United Kingdom’s departure from the European Union started almost five years ago. The UK’s Conservative Party called for a referendum (a nationwide public vote) in 2015, and eventually held one in June 2016. In the vote, close to 52% of British voters opted to leave the European Union – but the departure would take Nigel Farage, leader of the Brexit Party, and Boris Johnson, the current prime minister, another three and a half years to go through.

Nigel Farage and the Brexit Party have fully committed themselves to getting Britain out of the EU since the referendum, and back in 2019, commenting on the support of Boris Johnson, Farage said “[a] Johnson government committed to doing the right thing and The Brexit Party working in tandem would be unstoppable.” And clearly he turned out correct, as without the support of Boris Johnson, Britain might never have left.

Brexit has had vocal supporters and protesters, as supporters praise it for the freedom it will give the UK, and protesters mourn the loss of all the EU’s benefits. The European Union, founded in 1991, consists of 27 member states (not including the UK) engaged in a political and economic alliance, and it allows for extremely easy, restriction-free travel, commerce, and trade. However, it’s critics say it puts too much regulation on its member states, and that the UK can do better on its own.

The majority of those who voted against Brexit lived in London, Scotland, and Northern Ireland, and enjoyed the free trade benefits the EU offers. They claimed that immigrants from the EU, who pro-Brexit voters claimed steal jobs from British citizens, don’t steal jobs and instead simply want to work, and work hard. Pro-Brexit voters disagreed with these sentiments, and also felt that leaving the EU would give small businesses more opportunities for growth.

Regardless of whose opinion remains right or wrong, Brexit passed through the House of Parliament (the UK’s version of Congress) and the European Parliament, and a lot remains to do in the coming months. The UK must come to agreements on a variety of issues, from law enforcement to aviation standards to utilities to fishing water access. Each of the EU member states, as well as other countries around the world, have to make new trade deals with the EU.

Prime Minister Boris Johnson wants these deals over within a year, as he says “[t]he UK’s primary objective in negotiations is to ensure that we restore our economic and political independence on 1 January 2021.” But experts warn they could take much longer, as in general, treaties take significantly longer than 12 months.

Brexit may do some good for the UK, but it will bring negative effects as well. Within the UK, prices of goods and services will rise, at least temporarily, as the price of imports increase due to tariffs. UK businesses could also potentially lose EU customers, as other European countries put tariffs on British goods.

On a global scale, Brexit creates instability and uncertainty, which hurts markets worldwide. Furthermore, the British pound fell from $1.48 on the day of the referendum to $1.36 the next day, and the Euro dropped in value as well, increasing the strength of the US dollar. While this could do some good, it could also hurt US companies, as it becomes more expensive for foreign investors to buy their stock. It could have other unforeseen impacts as well, impacts that could have positive or negative influences on the UK and the world.

As certainly one of the biggest shifts in world history, Brexit drastically changes the political and economic landscape of the world and could spark other countries to follow the same nationalist path. But experts disagree on whether these events will hurt or help the world as a whole, so we will simply have to wait and see.