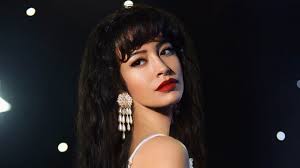 Selena Quintanilla is a household name that sparked inspiration and a love for family all over the globe. Selena’s story was supposed to be one of a legend who would live on to do even greater things, but her story was cut short. From a coming of age to a tragedy, ‘Selena: The Series’ follows a young woman’s journey to stardom and ultimately her downfall. From the beginning of the show the audience learns that Selena is a beautiful woman who is both a brilliant and humble human being. Although the audience is made aware of how great she is, there is a lack of emotion from all characters, especially Selena, and a story that takes away from the tragedy of legend.

The netflix original starts off with a young Selena who begins singing at age 10, trained by her loving but obsessive father. Throughout the episodes her father silences Selena’s voice and the possible musical revolution that could have happened. From a young age the show paints Selena in an almost christ-like image that sets her on such a high pedestal. This could be because the real Selena’s older sister was an executive producer of the show and chose to have Selena remembered as a beautiful ghost. Honestly there’s nothing wrong with wanting to keep a specific image of an idol who died horrifically, but that image places a facade of the reality of the star’s life that is hidden from the fans.

Where there is a lack of emotion, the show makes up for in montages. From shopping montages to concert montages, Christian Serratos, the actress playing Selena, expresses her character the most through constant smiles and laughs. This constant happiness and absence of inner conflict is confusing for the average person. There is not a moment where Selena doubts herself or reflects on her loss of a childhood.

Her father had undoubtful love for his family but he was extremely controlling and how he treated Selena did not sit right. Selena’s father, Abraham Quintanilla, forbade her to participate in any activities out of the family band including taking her away from school. Although some moments can be shown where Selena wants to go to the movies with a group of friends or she’s on the tour bus working on homework, ultimately the absence of a normal childhood that normally takes a toll on people did not affect Selena. It’s as if the silenced voice in the film is a product of the real Selena being silenced her whole life and that life being told by a person from an outside perspective.

It seems as if Selena as a person was glossed over with a fake image of a perfect human who went with the flow and whose main outlet was shopping sprees with her sister. As entertaining as it is to watch a happy family singing, the idolized Selena’s voice was silenced throughout the episodes. The show is about Selena, it should be focused on her rather than the band Los Dinos. There is a family element that appears to be the main idea along with cultural aspects. The main struggles are conflicts within the family, mostly with the father due to how he’s portrayed as the decision maker and manager of the band. The audience wants Selena, not her father.

Christiana Serratos plays Selena quite well and it is hard to imagine anyone else filling that role, but the lack of emotional conflict is troubling to watch. The audience never gets to see who she is or what she wants to be. Sure we get that through the determination of the father,, but the audience only ever gets to see regular things Selena likes such as her ever changing hairstyles and impressive sense of fashion. Basically the lack of inner character exposure is replaced with a physical display of Selena’s look. Almost every episode Selena dyes her hair a different color or creates a new outfit for her concerts. This creates a physical identity that is satisfying to watch but cannot replace the viewer’s need to see emotional vulnerability from Selena.

Overall ‘Selena: The Series’ was entertaining to watch but missed its message concerning financial struggles, confused cultural identity, a woman in a man’s society, family, or even a rising star without a childhood.There was potential for a dramatic series that exposed Selena for her real issues and it was painted over with a false reality. Life as an idol is never easy, maybe even harder than the life of a regular person. When watching movies about stars such as Selena, the audience expects some kind of downfall or continuous conflict throughout the film. Look at the movie ‘Bohemian Rhapsody’ or the recent movie about Elton John, both showed its idols struggling with their sexual identity or their addiction to drugs. Those are conflicts that happen for a lot of people so they are easy to relate to, but watching a series where a beautiful girl is completely satisfied with constant life on the road and a obsessively controlling father, is difficult to comprehend. Ultimately, the next part of the series may take a turn and expose the emotion the audience and fans crave. But overall ‘Selena: The Series’ was entertaining for a sitcom but disappointing as a film covering the life of a murdered legend.