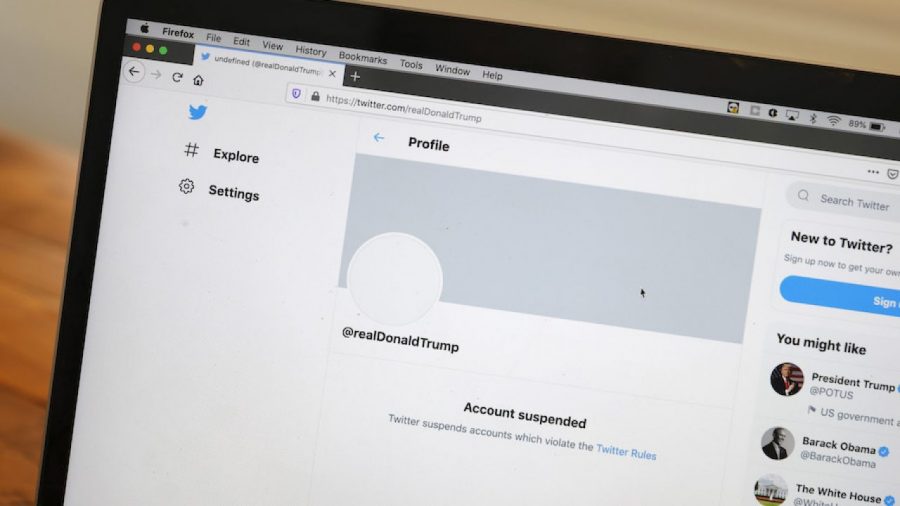 The news comes following the riots at the US Capitol building from many Pro-Trump supporters attempting to “protest” the certification of the electoral college results.

Actions from the large companies have sparked an intriguing debate on whether or not the suspensions or bans go against people’s first amendment rights of the constitution.

So what does the first amendment actually say and mean? “Congress shall make no law respecting an establishment of religion, or prohibiting the free exercise thereof; or abridging the freedom of speech, or of the press; or the right of the people peaceably to assemble, and to petition the Government for a redress of grievances.”

In short, the first amendment (which ironically happens to contain 45 words) guarantees that the government can not prevent any citizen in the United States from exercising their five main liberties.

When a corporation, such as Twitter, deems that a message from an individual is inappropriate or harmful to society, they have the right to remove or hide said message from other people.

This does not go against anyone’s first amendment rights. It simply is a way for social media platforms to moderate the content that people see on their app.

“I don’t think it breaks the first amendment,” a student at Quakertown High School who requested to remain anonymous said. “Twitter isn’t the government, it’s their app.”

The student brings up a good point, as it’s not the government censoring anyone, it’s Twitter. If this was the government, then maybe you could make a case, but still not a strong one.

Also suspended from the 3rd most used social media app in the world, QAnon right-wing conspiracy based accounts. Twitter suspended more than three quarters of one hundred thousand accounts that dedicated themselves to spreading false information and conspiracies on the site.

Apple and Google both banned the social media app Parler last week, which consisted of many Trump supporters and conservatives after Twitter shut down the 45th President’s account, due to an influx of messages encouraging violence at the Capitol. Many of the aforementioned QAnon based accounts sought Parler as an alternative.

However, the app recently came back online after partnering and restructuring their app with a company called “DDos-Guard”.

The suspension of the app also sparked outrage over the oppression of users’ first amendment rights. But, the story goes the same way as Twitter’s suspensions, as the explanation follows the, “It’s not the government” path.

The suspension of Trump’s Twitter is 100% justified. His tweets that set up the events at the US Capitol became an incitement of violence, and they can not be viewed as ethical decisions or messages from the President of the United States.