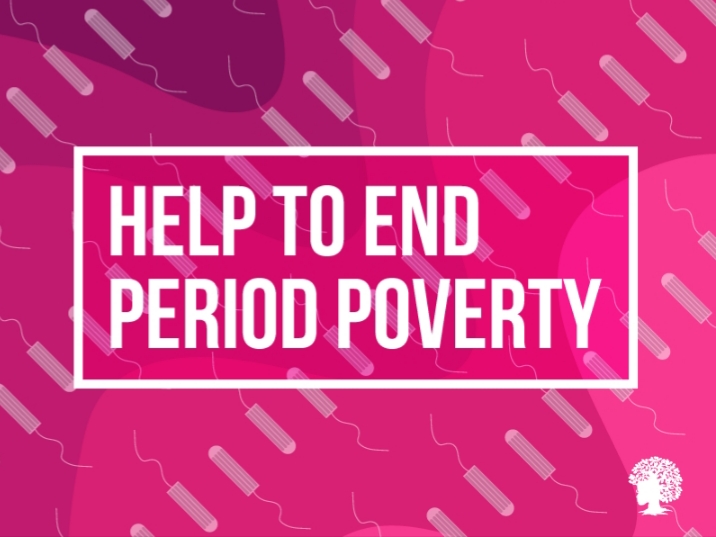 On November 24, 2020, Scotland became the first country in the world to make feminine products free. The country passed a Free Provision Act after a four-year campaign. But before this, North Ayrshire Council has been providing free sanitary towels and tampons in its public buildings since 2018. Monica Lennon, the spokeswoman for Scottish Labour’s health said, “This will make a massive difference to the lives of women and girls and everyone who menstruates. There has already been great progress at a community level and through local authorities in giving everyone the chance of period dignity.”

But in order to have period dignity, we need to tackle period poverty first. Period poverty is the struggle to pay for basic sanitary products on a monthly basis. This problem affects girls all over the world and in some cases, it makes them choose between food and menstrual products or leaves them with no choice but to substitute tampons or pads by using toilet paper, rags, or piling on layers of clothing. And due to insufficient access to menstrual products, some girls even miss school when they are on their periods.

ActionAid reported that “girls often miss one or more days of school during their periods, which negatively impacts their education. In sub-Saharan Africa, for example, some girls will miss as much as 20% of their school year; some may drop out of school altogether. The loss of education can mean girls are more likely to be forced into child marriage”. And on the other side of the world in the United Kingdom, 137,700 girls have missed schools due to period poverty putting them at risk of falling behind their male peers. And one in 10 British girls can’t afford to buy menstrual products. And with the hardships of the virus, it is more difficult for some women and girls to afford these feminine products.

Ten American states and countries such as Australia, Kenya, Canada, and Ireland have gotten rid of taxes that are added to feminine products. The state of New York and New Hampshire have followed after Scotland and England by requiring schools to provide sanitary products free of charge. But when will the rest of the world join?

In 2020, Rayka Zehtabchi made a Netflix documentary shedding light on the stigma surrounding menstrual cycles and following the struggle of girls and women in India when it comes to their periods. The girls interviewed explained that they cut old shirts and create cloth sanitary napkins and some even said they were forced to stop school. Those Indian women were able to create a small home factory where they make their own sanitary napkins on a machine and teach young girls how to do so as well.

Let’s take a closer look at our community. About two weeks ago I found several boxes of tampons in the Walmart at West End Boulevard opened with barely any tampons inside and some scattered all over the shelf. This was a big shock to me, I’ve never struggled to afford feminine products and knew that some women did but I thought it was in other parts of the world, not in my own community. I most definitely have heard of people stealing makeup or clothes, but never did I hear about people stealing tampons. I asked senior Caitlin Rivera what she thinks about this, “wow yeah I had really never heard of people stealing tampons but I definitely understand why”.

Do you think feminine products should be free and accessible to all women around this world? I ask Caitlin.

She nods, “I absolutely believe feminine products should be provided and available for free for all women. feminine products are way overpriced for something we are just born having and can’t control. men don’t have to buy overpriced things like this, and it’s just another way to oppress women for their naturally occurring body functions.

So what can our community do to better this problem? I think we could hold donations for feminine products and have them stocked up in our school bathrooms. To execute this plan, we could create some sort of shelf or even as simple as putting a desk in all the girl’s bathrooms and writing a short note above saying, ‘take what you need and give what you can’. This way girls who struggle to afford feminine products in our school can take what they need, and girls who are able to give feminine products, can do so. Yes, it’s true, the nurse has extra feminine products for girls who ask but this could make some girls feel uncomfortable to ask and nobody should ever feel ashamed of something they can’t control.

I admit that It’s a small step, but it’s definitely a closer step to ending period poverty. I believe that change starts in your community and then it spreads outside to the rest of the word until a difference is made to every life that the problem affects.