Many people may not have heard of the Syrian Refugee Crisis; some may have heard of it, but do not know exactly what it is about. The questions are: Where did they come from? Where are they fleeing to? Why?

The Syrian Refugee Crisis has been occurring for at least 10 years. However, there are reasons why Syrian refugees are fleeing their homes. The main reason is war. Civil war to be exact. The Syrian Civil War started on March 15, 2011, and continued until present time.

The civil war started due to rebel groups starting protests. The Syrian government attempted to suppress the protests by using an excessive amount of law enforcement and military enforcements. Since then many war crimes have been committed. They have destroyed many infrastructures and services. Syrians have trouble getting access to basic necessities such as food, water, and health services.

53% of hospitals and 51% of health services are functional. Over 80% of the people of Syria are in poverty. Many people are still impacted by this conflict to the point where they fled. 6.1 million Syrians are internally displaced, or people who are forced to leave their homeland. Additionally,  5.6 million Syrian are refugees.

But, now, where are they going? How are they fleeing? They are first fleeing to countries around the Middle east. More specifically, they go to Lebanon, Egypt, Turkey, Iraq, and Jordan. However, they do not always stay in the Middle East area. They may continue to seek refuge or asylum.

There are still 13.1 million refugees that are in need of humanitarian assistance. Many organizations attempt to help these refugees. Some of the organizations may include: United Nations High Commissioner for Refugees (UNHCR), Mercy Corps, United Nations Children’s Emergency Fund (UNICEF), Save The Children, and many more. 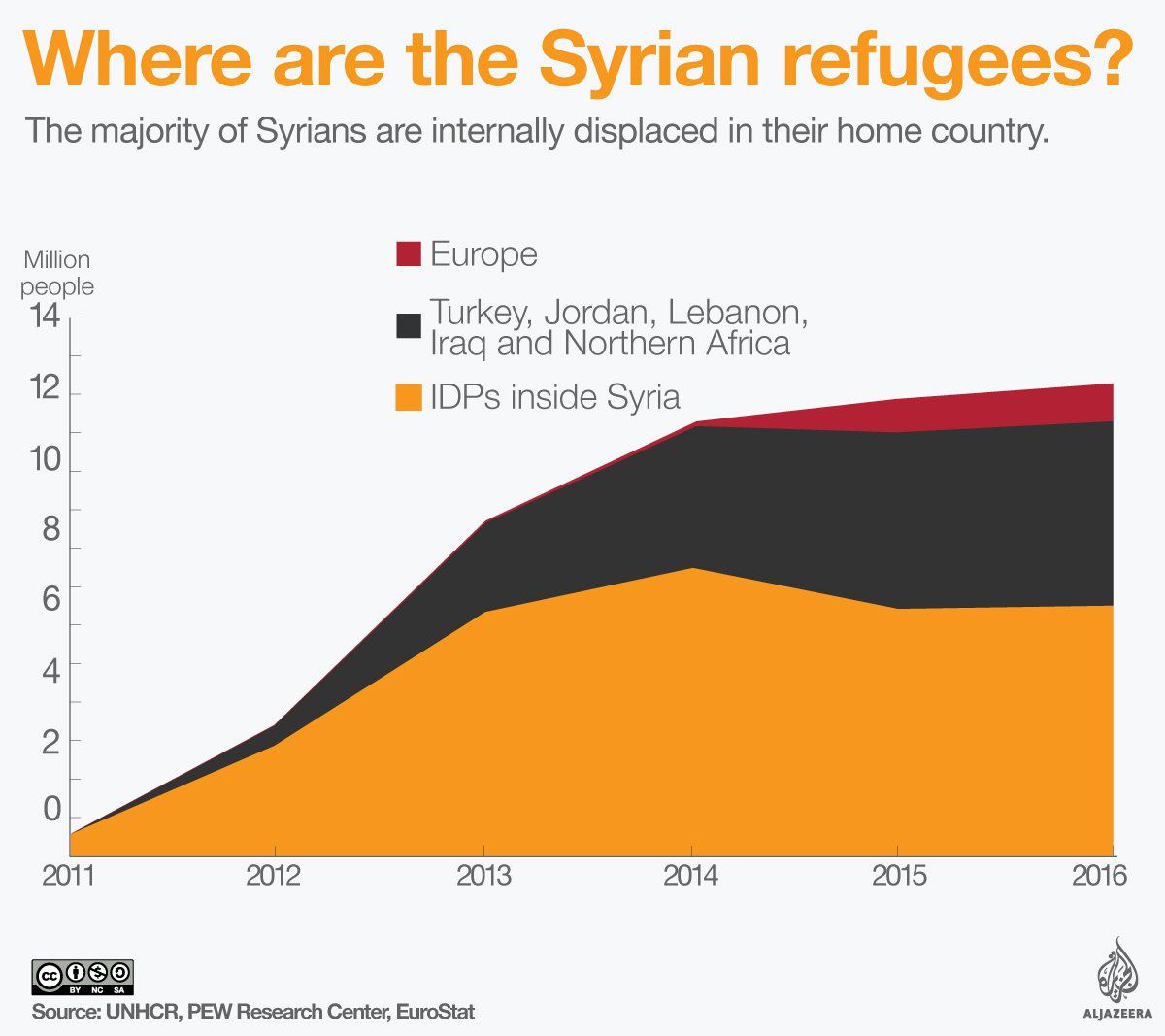