A History to War in Afghanistan 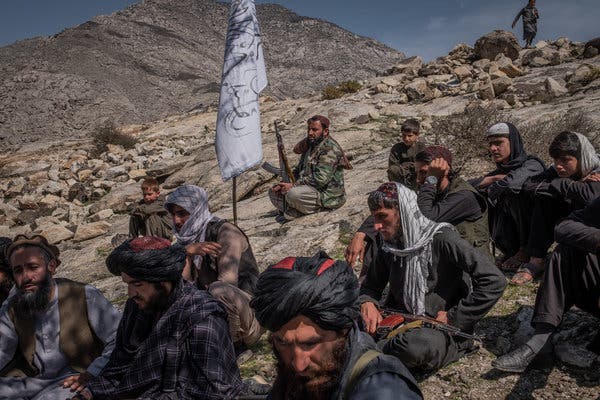 For the past twenty years, the United States has implemented military power in Afghanistan in order to keep the Taliban and other groups at bay. And for the past twenty years, there has been no progress other than assassinating the terrorist leader, Osama Bin Laden. So why has it been so difficult for the United States to conquer Afghanistan? The answer is simple: geography. 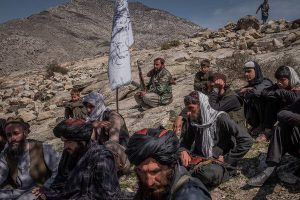 According to PBS News, in the 13th century Genghis Khan, one of the most famous Mongolian leaders, took control of Afghanistan. Yet Arab conquerors replaced the Mongolians in 1870. On three occasions the British attempted to capture Afghanistan and it was not until the third war that Afghanistan had announced itself to be an independent nation. Amir Amanullah Khan, the King of Afghanistan, was forced to flee due to a struggle for power between the monarchy and the National Council, leaving a broken government behind.

It was not until 1947 that the British finally exited from Afghanistan, leaving with nothing. Six years later, Afghanistan became close allies with the Soviets, who promised social and economic reform. Within this time there were a lot of power struggles and controversy between whether or not Afghanistan wanted to be allied with the Soviet Union. Due to the presence of communism, the United States decided they had to get involved with Afghanistan in order to stop the spread.

At that time, a group was formed that held the agenda of fighting a holy war against the Soviets and it was run by one of the most infamous terrorists of all time. That group was al-Qaeda and their leader was Osama bin Laden. In 1989, the United States, Soviet Union, Pakistan, and Afghanistan all signed peace treaties that resulted in the removal of 100,000 Soviet troops. The communist president of Afghanistan at that time was met with so much resistance, he became the head of an exiled government nobody wanted.

1995 marks the year where Afghanistan began its journey into the oppressed, threatening country it is today. The Taliban were a new Islamic militia that claimed they wanted to rise to power through peace and traditional ideals. Many Afghans supported this group because the Taliban shared an ethnic background with the people and promised cultural reform. Suddenly, what little rights women had were taken away. Afghanistan became the hotspot for opium trade and Islamic law now enforced both public executions and amputations.

An Afghani female journalist had provided a very personal story to Aljazeera, the first English-language news channel in the Middle East. Sama, which is her anonymous name, states that she had reported on the Taliban in the ’90s and interacted with many members with no issue at all. Yet within the timespan of five years, Sama had noticed a change. Soldiers questioned why she was outside in public and that she should hide indoors. Eventually, Sama’s driver was beaten by the Taliban. She claims the reasons were because, “He was in a car full of camera equipment, he was wearing jeans and he was a Hazara,” (Aljazeera). Unfortunately, this example of regular citizens being negatively affected by the Taliban is one of the many.

In addition, Afghanistan never had the time to unify as a country. Constantly, they were being invaded by foreign powers and never given the chance to reorganize themselves. Due to this, Afghanistan was split into factions that went over the borders into Pakistan and Iran. Not only were there threats outside of Afghanistan, but factions inside were fighting one another for territory. With only one central government that acted as a face to other countries, the true leaders were the tribes within and groups such as the Taliban.

But why was the United States unable to win the 20 years war?

Clearly, as a super country, the United States had the military advantage, had the money, and were closely allied with groups surrounding Afghanistan. The Taliban had a tactic. They utilized the land and lack of unification to their advantage. An advantage that the United States had not considered. When American troops were transporting weapons or goods the Taliban would hide in the caves, sides of the desert hills, and on top of mountains, waiting to ambush the Americans. After a successful ambush, the Taliban would steal American supplies for themselves and travel back to camp. Yet, if an ambush was going unwell, the Taliban would retreat and travel across the border to Pakistan to hide for some time. This was a repeated process that played on the geography of Afghanistan and provided an important advantage for the Taliban.

Ultimately, The Taliban will most likely be staying in Afghanistan for a very long time. The United States cannot do anything about that. But as Americans, we have an opportunity to provide aid for the Afghan people. According to the 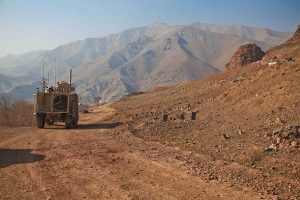 New York Times, Secretary-General António Guterres spoke at a U.N. conference addressing the Taliban crisis. Guterres states that since last month, “…the nation’s poverty rate has soared and basic public services have neared collapse and in the past year, hundreds of thousands of people have been made homeless,” (NYT). Clearly, the Afghani people are innocent and display no loyalty to the Taliban. Those people come from a long line of history, and their culture and religion are being threatened by extremists. Although there may be no way to stop the Taliban, there is an opportunity to help the Afghan people.