The Boy Becomes a Man – A “Spider-Man: No Way Home” Review 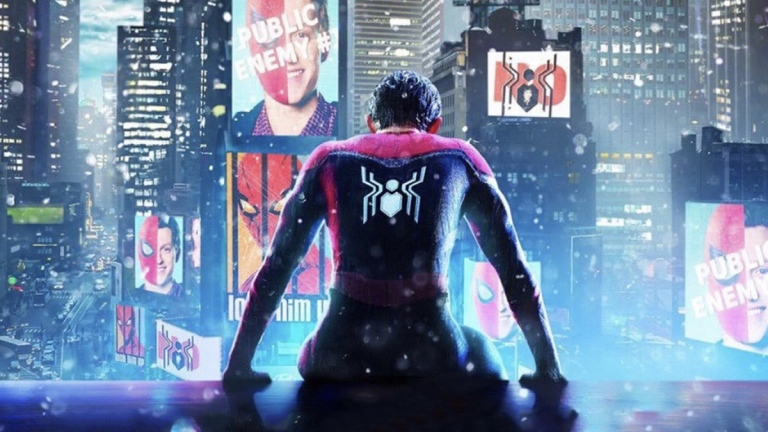 “Spider-Man: No Way Home” was the most highly anticipated and hyped movie in 2021. almost everyone who has access to the internet has at least heard of the movie and the excitement surrounding it. The biggest question is did this movie live up to its sky-high expectations? (No spoilers in this article)

Before getting into the movie itself, it is important we talk about the actors and how they did in their performances. Tom Holland returned as Spider-Man in his third Spider-Man movie giving him that big trilogy. Tom has always played a very good Spider-Man, but he does the best job he has ever done in this movie. He nails every emotional moment, every comic relief joke, and the lovingness he shows MJ and Ned. He does an amazing job in this movie and solidifies himself as the Spider-Man.  Zendeya once again comes back as the love interest MJ. She does just as well as Tom and has amazing chemistry with him. She plays an amazing supporting role to him as both his girlfriend and as Spider-Man’s helper. She also does a great job with the emotional moments. She nails the high school girlfriend and makes this movie so much better. Finally, we have Jacob Batalon aka Ned, he also does a great job. He comes in and it’s almost as if it’s just who he is. It feels so genuine and real when he is playing the character Ned. He perfectly fits that role as Spider-Man’s best friend. He is constantly making nerdy jokes coming up with solutions to problems, and helping Spider-Man whenever he needs it.

This movie has one of the best plots we have ever seen from a Marvel movie, it is up there with infinity war and possibly better. It picks up right where the series left off when Spider-Man’s identity is revealed by J Johna Jamason. It explores what Peter’s life would be like with his identity revealed and how it would affect his loved ones as well. This then drives to make a deal with doctor strange to cast a spell that goes wrong and causes the multiverse to open up and allow other people from different realities. This single event starts the whole conflict of the movie as they try to fix the multiverse before it destroys their own. This creates a great story and it does it in such a way that forces Petter to change and learn. This movie’s best attribute is what it did when it comes to character development for all people involved. The circumstances this movie forces the main characters to grow individually as well as a group. It is also easily one of the darkest Spider-Man movies we have ever seen and maybe will ever see. This movie had the best plot I have ever seen from a Spider-Man movie and does a great job directly conflicting with the main character and his beliefs. The only real problem I had with the movie is that it seemed to be convenient near the end with all of the solutions that were found so suddenly and quickly but that was the only glaring flaw that I could notice, Overall target plot of this movie was amazing and was very well thought out and well-executed.