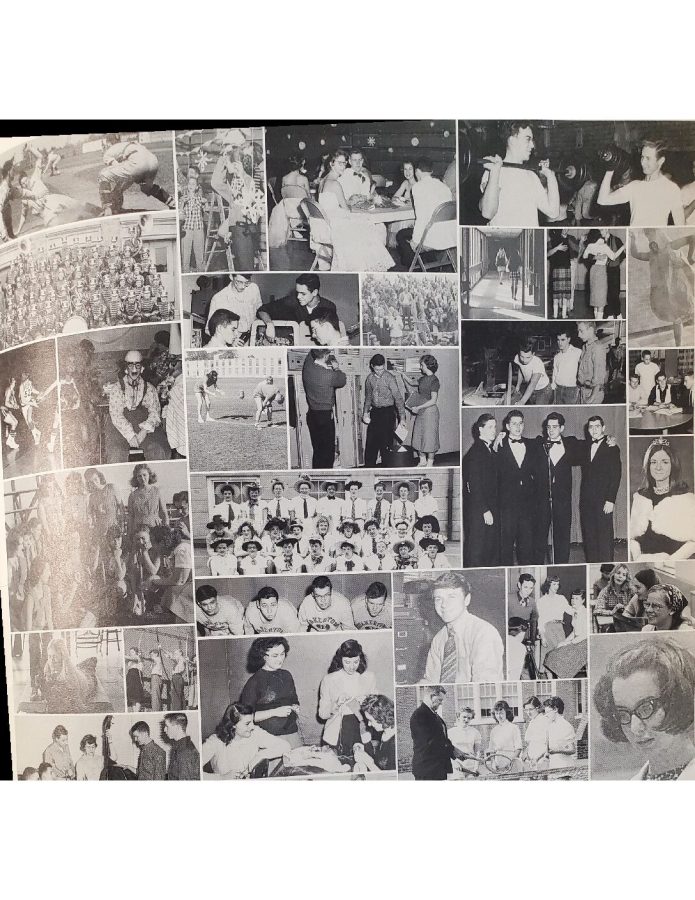 Quakertown, Pennsylvania has seen copious amounts of change in its educational facilities through its time. The first school of Quakertown was built in 1775, known as the Society of Friends by the Quakers. Following, and the first boarding school was built in 1818 at Main and Juniper street. Through the years, early schools built of logs, wood fireplaces, and outhouses had made landmarks in Quakertown. The first legislation in Pennsylvania, which provided for public schools, was passed in 1834. In 1851, another legislation was set passing the length of the school year we all know, as well as levying taxes. From there, the first public school was built on 14th street in just a year, opening in 1835.

Through the town’s development and transgression of the railroad, the population has increased drastically; new businesses have flourished, and the original purposes of the town, a traveled area with agricultural settlements, have grown to fulfill more housing, highways, and economic growth. Just the educational system alone has seen a stark difference when in the years 1835 to 1911 teachers used to make around $12 to $15 per month, and graduating classes had as little as 3 students. Within these years, four multi-room schools were built and these facilities became overcrowded by the 1920s. In 1929, what is now known as Quakertown Elementary on 7th Street, opened its doors with the saying “Enter to Learn, Leave to Serve.”

The building being used for grades K-5 was not always the case however, with the school initially being a junior-senior high, hosting grades 7 through 12. Because it still had to remain functionality through using two other schools for secondary students, a new Senior High was built in 1957, converting the now-elementary school to a Junior-High School.  Photo of Groundwork for Senior High School. The district’s oldest, currently-used facility has been under debate under the School Board for years however. The school board contemplates the future of QE in terms of closure, renovations, or other options. An Elementary Redistricting Committee was even put in place to work on this major change, located within the heart of Quakertown. On February 11th of 2021, the committee released their final presentation that could alter QE’s future forever.

It is first important to examine the environment of the building. Within its walls lie murals from the 30s, painted by people during the Great Depression, appropriate for a child-based population, featuring oceanic scenes of 6-foot long whales and submarines upstairs, and Sesame Street murals located at the kindergarten rooms. The rooms comfortably support twenty or more kids in each room, with at least two feet between each desk, with room for presentation boards, cubby areas, and a carpeted area. The rooms have seated kids for decades, despite a lack of air conditioning. However, the kids have adapted, having ceiling fans or floor fans in every room with every teacher dawning face microphones to be louder than the fans. Having attended school there when I was younger, the lack of air conditioning was not a huge issue- myself and fellow peers would just open the windows or turn on the fans. However, it can be argued the fans could be less energy efficient or provide hurdles for hearing the students properly.

For reasons like these, the Committee had released their options for the future of the Elementary School. While the presentation argues QE is overcrowded, it currently runs well, taking students meant to attend Richland Elementary who cannot because of the max capacity there. Granted the presentation is from February of 2021, the number of students within the school and others would need to be re-evaluated before a decision is reached. The changes made to QE would ultimately have to fit the criteria of positive impacts on capacity and class size, program impact, financial impact, and students and family impact, as stated by the presentation. Within these groupings, there are special precautions. The school “just doesn’t have modern conveniences, “ stated Gary Weckselblatt in an interview regarding the Redistricting Commitee’s options. In regards to the renovations and Quakertown Elementary’s current location, Mr. Weckselblatt believes “Anytime you can have easier access for people, it is a good thing.”

There were numerous options considered, however, the Board selected to highlight five of them in order to weigh the positive and negative ramifications of the changes. Within the options, The options were narrowed down to option A and option G. Option A argues that it is feasible to have 5 elementary schools within the district, K through five-level, and renovate QE. No schools would have to be redistricted with this solution, which could be helpful for the finances needed for bussing and transportation. Currently, this is an issue within the district as many buses that would typically be on their routes, cannot do so every week. Option G highlights the possibility of maintaining 4 elementary schools instead of 5, however converting the Sixth Grade Center to K-6 for an undefined amount of time. The options in detailed visuals and graphic organizers are located in the Elementary Redistricting Final Recommendation of February 2021.

While the impacts are thoroughly demonstrated for all options of developing Quakertown Elementary into a greater learning environment, it is also imperative to highlight the tremendous strides the school has made, specifically within recent years. Although Quakertown Elementary may be considered a small school, with just below three hundred students, the close environment of the two-section deep school makes for an ideal learning environment for students and teachers. With two teachers per grade level, as well as learning support, teacher aids, and specialists, the kids gain a close, interactive experience that fits their needs so they perform well. The school has English Special Language teachers as well, all providing one-on-one support so their students have the best chance at understanding their curriculum and instructions possible. Through this, many bilingual students are able to comfortably learn everyday. Additionally, the size of the building allows for great communication between peers and educators, as well as making sure every student has a reliable system of adults they can trust where everybody is willing to help each other, as well as others. Just this past school year, QE was able to gather over 3,000 socks for the Quakertown Community Outreach, hundreds of pounds of food for the Quakertown Food Bank, and be a great location for food distribution to people who need it. Within the past few years, the school has participated in many fundraisers, and provides great experiences for the children to be excited to learn, from interactive activities, to spirit days, to earned events. The school has earned a multitude of awards as well, for both academic success and outstanding standardized test scores. With the elementary school in the heart of Quakertown, the giving hearts of everybody in the building and helping the building has been obvious through the many efforts QE takes to improve the community.