Philadelphia Eagles 2021 Season in a Nutshell 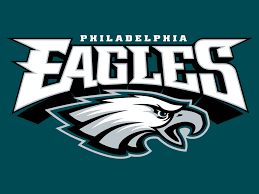 After an eventful 2021 offseason where the Philadelphia Eagles fired their Super Bowl-winning head coach after 5 years, traded their $120,000,000 quarterback and saw roster and coaching changed from top to bottom, the Eagles started off the 2021 season poorly at 2-5. There were growing beliefs about rookie head coach Nick Sirianni being a “1 and done”, QB Jalen Hurts was struggling and was likely to be replaced, and fans were looking toward the offseason. Pre-season projections had the Eagles winning 4-5 games.

Fans were very upset with the Eagles lack of running the football. Despite averaging very high yards per carry, the Eagles only averaged 14 rushing attempts per game prior to week 8 (excluding Jalen Hurts scrambles). That all changed in a Week 8 game vs the Detroit Lions, where they ran the ball 39 times to 14 pass attempts (46 rushes if Jalen Hurts runs are included). They ran for a season-high 242 yards. The Eagles went on to win 44-6. They averaged 189.8 yards per game after week 8. Philadelphia led the league in rush yards, rush yards per game, and rushing touchdowns. For all 2021 Eagles-related statistics, look here.

The Eagles finished the season 7-3 after finishing 2-5 and clinched a wild-card spot in the playoffs after a week 17 win in Washington and a Vikings loss. The Eagles remarkable turnaround can be attributed to their rushing attack, brought to life by coach Nick Sirianni, Jalen Hurts, and their elite offensive line. Philadelphia broke their team’s all-time rushing record with 2,715 rushing yards. That number is very impressive considering the fact that they were heavily in favor of passing the ball until halfway through the season. 2nd year QB Jalen Hurts broke the team rushing TD record in a season for QBs (10) in week 15. Hurts did this in his first season starting for the Eagles.

Jalen Hurts also had a dramatic turnaround of the season, aside from a bad game in New York against the Giants, Hurts has been almost perfect in the 2nd half. He’s turned the ball over less, been more accurate, and has seen the field substantially better. In a week 17 game in Washington, Hurts stepped up in a big way. The Eagles had their worst rushing game since week 6. Jalen stepped up through the air and led the Eagles to a huge win to send them to the playoffs. Eagles fan and Quakertown High School Brayden Schuler was asked about what Jalen improved on as the season progressed, “Pocket Presence. Once he got off his first read he would usually panic, causing him to run into sacks or roll outright and take away half of the field. Towards the end of the season, he stood tall in the pocket and only scrambled when he needed to.”

The Eagles went on to play the 13-4 Tampa Bay Buccaneers in the first round of playoffs. QB Jalen Hurts said, “QB Jalen Hurts said, “Regardless of the stage, regardless of what the name of the game is, it’s about the Philadelphia Eagles executing to the best of their abilities and having the right focus going into the week and throughout the week…” Unfortunately for Hurts and the Eagles, they lost 31-15. They struggled to move the ball and Tom Brady shredded them.

Regardless of the playoff loss, this season is a success for the Eagles. Despite having over 15% of their salary cap being 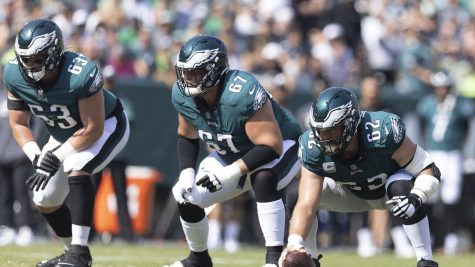 attributed to players not even on their team, they still managed to be competitive and make the playoffs. This will serve as a good playoff experience for the young Eagles, who still have 3 first-round picks in April’s draft and a lot of free salary cap space this offseason. After a grim 2020 offseason where the future outlook seemed dark, it has turned out to be very bright.