The Reboot that Saved DC “The Batman in Review” 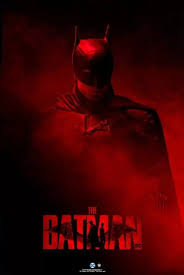 Could The Batman be the best superhero movie of this year? Well, it very well could be. The Batman has taken a beloved character from the DC world and given him the best version since Christain Bale ten years ago. This is a very dark movie that touches on a lot of topics in modern society, such as the internet being used for injustice and political corruption. It is a very dark movie that if not for it taking place in Gotham, could be considered a mystery drama. I will be giving a review on this movie (spoiler-free) so you can decide whether to go see it or not.

The Batman has incredible writing and plot structure. Matt Reeves, the director, went the same route that Marvel did with Tom Holland’s Spider-Man and skipped the upbringing of Batman. Instead, the audience is introduced to a Batman who has just recently begun fighting crime and Gotham is unaware of his presence (for now). The main antagonist of this movie is the Riddler. A character who has been depicted very poorly in cinematic media, until now. The Riddler pushes Batman to his limits, forcing him to make extremely hard decisions such as consistently solving puzzles, riddles, and raising the stakes of the game.

This movie explores the idea of whether or not Batman causes more crime than he prevents. Portraying an important inner conflict, Batman 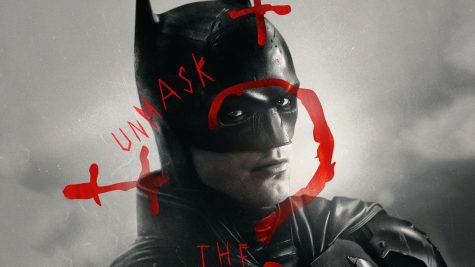 continues to second guess his credibility as a superhero. This version of Batman is gritty and dark, showing both his flaws and perfections, which exposes a more humane Batman. On the other hand, the Riddler was the best version we have seen yet. He was modernized to fit this version of Gotham and not only did it work, but it also elevated the movie drastically. The movie has taken a character who has been a puppet to the joker and transformed him into a terrifying villain. The Riddler is extremely manipulative and easily takes advantage of people. He exposes corruption in the government and utilizes it to his advantage, using traps like John Kramer from the “Jigsaw” series.

This adds a quality of horror to the story. When not fighting Batman, the Riddler can be found surfing the internet, performing as a streamer, and brainwashing regular citizens into doing horrible things. A popularly known fact in the DC universe is that Batman is one of the smartest superheroes, which makes it extremely impressive when the Riddler outsmarts him multiple times. Overall, the plot and themes are very well executed. Anyone who watches this movie will be able to appreciate how the modern interpretation fits into the problems society faces today.

The casting choices in this movie were great even though there was certainly controversy. Robert Pattinson, the leading man, starred as Batman. This was viewed as a very controversial decision based on Pattinson’s most notorious role, Edward Cullen, in the Twilight series. Matt Reeves, the director of The Batman, stated that “The people who were excited, I knew it was because they knew Rob’s work post-Twilight. The people who weren’t excited, I knew it was because they didn’t know Rob’s work post-Twilight ”. This made sense as Twilight is not taken seriously as a masterful work but as a cheesy teenage romance.

Overall, those only aware of Pattinson’s role as a vampire expressed worry that he may not be qualified to play such a dark character. However, he did a fantastic job. All anxieties washed away as the movie went on and Pattinson fit perfectly into the role of Batman. Next, Catwoman was played by the talented Zoe Kravitz who performed very well in her role. She seemed to be heavily based on the comic version 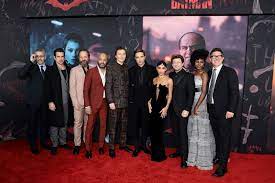 of Catwoman which was communicated well. Kravitz executed a flawless “catwalk” and performed as a strong woman who was more than a love interest to the leading man. She was ravished in independence from Batman and repeatedly announced that she could take care of herself.

Finally, Paul Dano performed as the Riddler. Overall, his character wins the best performance and best casting from the directors. Dano took a character who I have struggled to see as a true villain and made him horrifying. Not only was the role embraced, but Dano was also able to incorporate the unstableness and insanity that is the Riddler. Yet, he did this while making the Riddler come off as extremely intelligent and a mastermind behind a stomach-churning plan. His performance was so good a short article cannot do it justice. I would recommend seeing the movie just to see this performance.

This movie did so much right. From the storytelling, thematic points, touching on modern society’s problems, and Batman’s exposure to humane behavior, it could be considered THE movie to see in 2022. After watching the movie, there is no doubt that DC can produce good movies which inspire their audience to fight crime in dark alleys and break into dance clubs. It could be considered breathtakingly beautiful how The Batman was able to fit such a fantastic story in just under three hours, single-handedly saved DC.