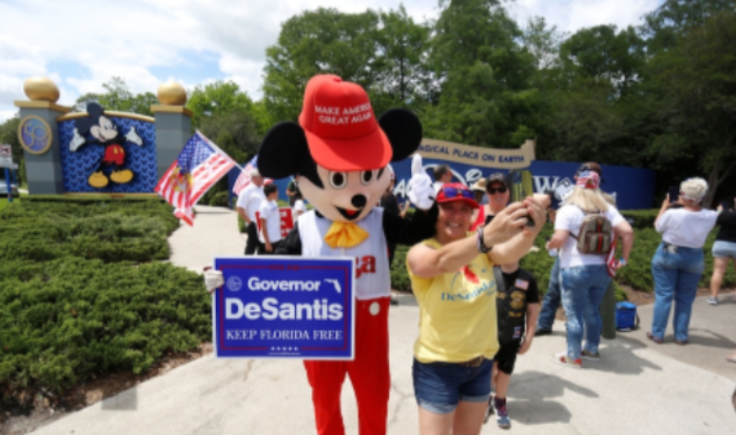 Florida Governor Ron DeSantis recently signed the Parental Rights in Education Bill, more commonly known as the “Don’t Say Gay” bill, into law. In short, the law bans classroom discussion about LGBTQ+ issues from kindergarten through third grade. It also allows parents to sue school districts for teaching about such topics. Because of Disney’s association with Florida, (its most popular park is located in the state), Disney publicly responded to this bill stating that “it is clear that this is not just an issue about a bill in Florida, but instead yet another challenge to basic human rights”. Disney’s Chief Executive, Bob Chapek makes it clear where Disney stands on human rights concerning the LGBTQ+ community.

This response is being viewed by Florida conservatives as Disney’s attempt to appear “woke.” Governor DeSantis is now attempting to remove special districts in Florida, one specifically being  Reedy Creek Improvement District, which gives Disney the ability to “control its own emergency services, infrastructure, and construction permitting, as well as issue bonds and avoid extraneous approval when building new rides” (fortune.com) in order to theoretically punish Disney for their public disapproval.

Those in support of the new bill state that they believe that teaching children about subjects like gender and sexuality encourage the sexualization of children. Candace Owens, the conservative commentator for the Daily Wire, is one of these people. She tweeted in response

to Disney’s statement, “Child groomers and pedophiles. They have now openly admitted that they have a not-so-secret agenda with your children. This is the death of Disney.” But is this truly the problem people see when it comes to teaching about LGBTQ+? For years, adults have stayed silent when it came to children’s movies and TV shows involving a boy-girl couple. The plot of an absurd amount of these films consists of young couples falling in love, and even movies made for the youngest of age groups show couples kissing. So, if this isn’t sexualizing or over-exposing children to inappropriate topics, then how is mentioning two men or two women being in a relationship with children suddenly considered sexualization? It seems more probable that these adults are actually more concerned that if their children grow up hearing about different sexualities, then they may end up being LGBTQ+ themselves as they get older. In a country built off on the right of freedom of speech, it sure seems as though we are now censoring what people can or cannot say based on what makes certain people 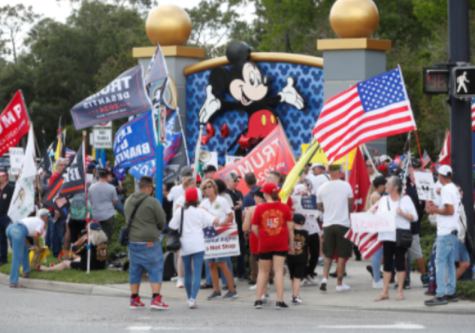 It seems as though the issue is now becoming more about politics than about “protecting children from inappropriate topics”. “#Boycott Disney” is now being spread all across social media in efforts to stand up to “Woke Disney,” started by Candace Owens.  Protests outside of both Disney’s California and Florida parks have been formed. Protesters are seen holding up Trump flags despite the fact that the issue has nothing to do with any presidents (past or present) as it is a state law. Supporters of the boycott are canceling both their vacations to Disney and their Disney Plus subscriptions because of its “left-leaning politics” and “woke ideology”. For a law that started out in support of children, it seems as though adults are now using this as an opportunity to protest against LGBTQ+ and show support for their political beliefs. 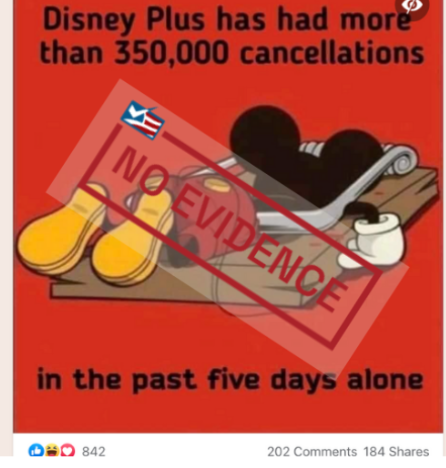 But in reality, it has been proven by trip-planning companies that Disney has faced no real travel impact. Disney is a place for families to gather to have fun together and make memories. The immaturity that adults are showing by choosing to boycott a company that they most likely grew up watching movies and shows from due to a difference in political beliefs is not only embarrassing but also extremely un-American. America

is a democracy, where everyone can have their own political opinion. Private companies like Disney reserve the right to share their opinions in whatever manner they choose, especially when it comes to supporting a large majority of their audience. The far-right southerners can support a bill limiting our rights to free speech all they want to, but in the end, their kids are most likely still sitting at home watching the latest Disney movie.