The Truth About Vegan and Plant-based Diet 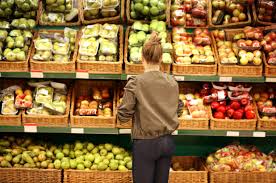 People who undergo the vegan diet consciously understand that they can no longer include animal bi-product as part of their daily food intake. Those products also include dairy and eggs from cows and chickens.

A plant-based diet does not have the same restrictions given to those who choose to be vegan. It is more lenient, with meals containing minimal amounts of meat yet still being present.

A plant-based diet limits the number of animal products consumed and, in their place, includes foods such as legumes, beans, nuts, fruit, and whole-grains, many of which incorporate their own form of protein.

MBG Food provides details on the benefits for individuals who take up this diet of eating less meat and more plants. Most of these benefits come from the fact that “plant-based foods are loaded with healthy fats, vitamins, minerals, and phytochemicals.”

“If we all had the same income it would be easier to have that balance to be a vegan,” Alex Philman, a certified nutritionist and personal trainer at Maxx Fitness, mentioned. “I ate vegan for 90 days, just to try it because I don’t want to knock it, and it felt better on my insides, with less bloating. I felt good, I felt light all the time.”

Despite the benefits, this diet has for the body, additional news and studies provide insight into a nutrient only found in animal foods, names choline.

Choline, a nutrient your body makes, is still important to receive from your diet in order to avoid a deficiency. It is found that among those who “consumed a diet deficient in choline, 73% developed liver or muscle damage”. One of the many reasons backing the importance of choline in the body is that it is used to produce acetylcholine, which is a “neurotransmitter that plays an important role in regulating memory, mood, and intelligence”.

A Healthline article continues to connect the reality of diets to mental states, affirming that, “choline may boost memory function, improve brain development and treat anxiety and other mental disorders.”

Choline is found to be an essential nutrient for the liver that the body cannot produce enough on its own. With the lack of it causing “irregularities in blood fat metabolism as well as excess free radical cellular damage”. If Choline is not acquired in the recommended intake, it will eventually be required for the body, mainly during fetal development, with prenatal vitamin supplements.

“It’s also needed for the process that synthesizes DNA, which is important for brain function and development” which is why it is important to have if you are pregnant.

Foods that contain higher levels of Choline that would be successful in obtaining the right amount are found in beef, eggs, dairy products, fish, and chicken, with much lower levels being found in foods such as beans, nuts, and some vegetables, such as broccoli. However, they do not contain nearly enough for required dietary intake.

The hard part is that so many articles promote this viewpoint, that lacking Choline is so detrimental to health. However, the multiple nutritionists that commented on the recent news articles never mentioned this important nutrient.

Diets such as the popular vegan or plant-based diets always have their pros and cons. “None of those diets are really right but none of those are really wrong,” Philman says, “you just never know what’s going to happen years from now when they say something else is bad for you”.

There is also news that many food brands are changing the way they label their foods so that it appeals to the growing population of people changing their diets to more plant-based. Such as Kellogg’s who is mentioning to its customers “a product isn’t necessarily healthy just because it’s described as plant-based.” Many processed foods out there are not made out of natural ingredients yet are not beneficial to the human body.

One worry is not just the nutrient that comes with meat or recently developed labels on foods, but it is that our bodies are lacking the protein itself. Krista Morton, health coach trained under Institute for Integrative Nutrition with an MA in holistic health, brings up the point that a healthy lifestyle diet “is strongly based on a meticulous intake of a wide variety of plant-based food, adequate protein intake, and mindful energy expansion.”

Not just the importance of protein for all-around wellness but also depending on one’s lifestyle, they should be aware of how a plant-based or vegan diet would affect them. Krista continued to say, “It’s more challenging for a highly active person to feel optimal on a plant-based diet than a sedentary person.”

Eric Frankenfield, a fitness professional who, on his own time, does intent research on nutrition, shares his opinion that “if you find a way to balance out a vegan diet than yes it’s fine. Just get your percentage of proteins. The problem is people usually eat too many vitamins and minerals that is a waste of time. They either eat too much protein or way under.” He sums up the conversation by simply specifying, “You can make it as a vegan.”