Multiple Sclerosis is a disease in which the immune system eats away at the protective covering of nerves. There is no cure for this chronic illness. The most common age affected is 20-40. Yet, there are a handful of teenagers dealing with the crucial difficulties as well.

“Sometimes deep down I would be terrified but I would show people that I was being strong,” Doug described, “and I believe that in a way I almost convinced myself that I had this thing taken care of and that I could do it.”

Doug Roderus, an 18 year old from Maryland who loves golf and spending time with his friends, was diagnosed with Multiple Sclerosis as an eighth grader. 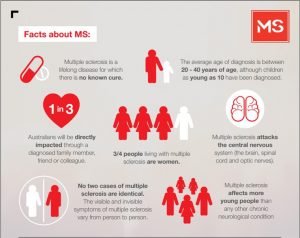 A few of the basic and common symptoms of MS are fatigue, blurred vision, vertigo, numbness, pins and needles, muscle weakness and more. These symptoms are unpredictable and the severity varies.  Roderus gets the majority of his support from his family, friends, and girlfriend. They are all encouraging and helpful when it comes to the challenges MS put him through.

“I knew and still know that if I have the ability to fight this disease or any other challenges in my life that as long as I do my best, that’s all I can do” Roderus expresses,” I am very confident that it will continue to be that way.”

Roderus along with others have been put through the hardships of the brutal disease. They have great mindsets with utter confidence, being very inspirational to those struggling with their mental and physical state.  More than 2.3 million people have Multiple Sclerosis, only 3 percent of that 2.3 million experience symptoms before age 18.

Patients starting with confusion and fear, then over time develop strength and reassurance. Their goal being to better themselves first, then to help others who understand what they are going through, as well as spreading awareness to grow the community.  Another teen has the same viewpoint, “Difficulties I’ve went through would be getting used to MRI’s or blood tests and medicine,” Lorena Andres claimed.

Andres is 18, and was diagnosed at 14 years old. She enjoys music, video games, and time with her family. Her along with Roderus and many other young adults understand each other and have their hearts go out to the ones who can relate to them. 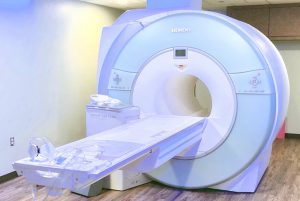 “To people who have gotten diagnosed with Multiple Sclerosis, you can get through it,” Andres advises, “you’re stronger than you may seem.”  They go about life with a positive nature, realizing how powerful they are. While continuing to attempt to assist others in need and inform those around them who are curious.

“For people who are diagnosed I’d tell them not to freak out initially,” Roderus informs,” There are options and this is a disease that you have control over.”