The Idea of School Uniforms

As the years progress, many schools are starting to instill a school uniform for the new school year. Many school administrations are now asking themselves, “is that a good idea?” or “should we do this?”  In the 2015-2016 school year, about 21% of schools reported that they require school uniforms. Many

administrators believe that school uniforms will improve academic performance, but does it really?

If schools decide to instill a uniform requirement into their dress code, many people believe that it will bring the amount of bullying down immensely. Mrs. Schantz, a biology teacher at Quakertown Community High School, believes uniforms can make positive changes in schools. Schantz states, “Kids that maybe don’t have the coolest clothes or can’t afford the coolest clothes, would it cut down on bullying for them? I don’t know but it sounds like it could.” school uniforms can cut down on the pressure of fashion in the school setting. Many teachers can be the witness to bullying over fashion sense for where you get your clothing, So many people think teacher’s opinions matter very much when it comes to uniforms.

When getting dressed in the morning, many people believe that school uniforms would take lots of stress off picking out what to wear. With a uniform, you have it ready the day before and you do not have to worry about it.

Many people look at school as an environment used to express themselves through fashion, makeup, etc. Students look at their clothing as a way to express themselves inside and out of school. Dress code does lessen the amount of expression they can use in their clothing, but most dress code rules are necessary.  Sam Shauger, a junior at Quakertown Community High School talks about her opinion on school uniforms,  “I get where administration comes from, they want school uniforms, however I do feel like it kind of takes away a sense of creativity for students because they can’t really be themselves if everyone looks the same. “

School uniforms also would cost parents more money to buy the uniforms, and with public schools, kids have many different financial statuses from each other. The school would need to find a way to help struggling parents out, or they would need to supply the students with uniforms. 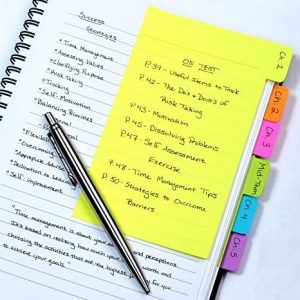 In the end, the administration is the deciding factor when it comes to uniforms and how far they will go. Sam Shauger gives an interesting point on the power of administrations, and the decisions they go through, “we have the possibilities to do a lot of things; however, no matter what we do there’s always going to be someone who doesn’t want it to happen, and doesn’t agree with it, which is fine you can’t make everyone happy. I think the school should make decisions on what they think is best. They can try and incorporate what the parents think, but not all of them are going to be happy.”